Is Talking a Thing of the Past?

Home/Friendship, Happiness/Is Talking a Thing of the Past?
Previous Next

Is Talking a Thing of the Past? 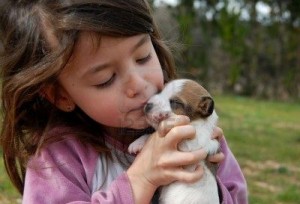 I love to people watch. As I walked Jessie through Washington Square last night, I saw a woman on a unicycle, a guy walking a make-shift tight rope, and a group of friends having a picnic. I almost always see something that makes me smile—like a couple playing with a new puppy or a little girl learning how to ride her bike. The best “people watching” is when you see random acts of kindness between strangers. It happens every day…all you have to do is look around you.

But life isn’t always full of warm and fuzzy encounters between people. And when things get ugly, it’s usually between two people who know each other. I understand the concept of love. I understand when people get angry at each other. What I don’t understand is indifference.

I recently watched a teenage boy and his father eating breakfast at our favorite deli. I wasn’t trying to watch them but they were sitting literally 3 feet away from us. They were in town to watch their team play (and eventually lose to) the Phillies. At first I thought how sweet it was that Dad was taking his son on a road trip to see some good old fashioned baseball. But what happened over the next 25 minutes sickened me.

Dad obviously was not in a good mood. 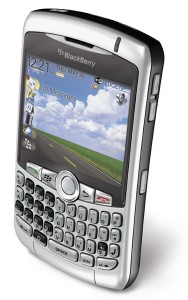 He pounded away furiously on his Blackberry pausing briefly to order 2 eggs, bacon and toast from the waitress. His son, looking awkward, ordered pancakes and decided to pay attention to his own phone until Dad was ready to talk. Their food came, and without interruption, the texting, emailing OR WHATEVER they were doing continued.

They finished their food, paid their bill and left. They didn’t speak a single word during their breakfast. Maybe they were emailing (or texting) each other (wouldn’t that be funny?) OR they were in a big fight OR they just don’t like each other. But I think it’s just a bad habit that is invading our society. And I don’t like it.

When the Blackberry (and others like it) first came out, my mom would tell people to “check their phones at the door”—just like they used to do with guns in the Wild West. 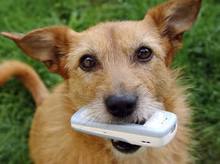 The reason you invite friends into your home for dinner is to enjoy each other’s company. Not to watch people check their OH SO IMPORTANT emails. When did we all become so important that we have the need to check emails, text and voice messages every 5 minutes?

The next time you share a meal with someone, turn off your phone and enjoy the company. If Dad and his son had started a conversation, they might have actually enjoyed their time together.

I would LOVE to hear your thoughts on this….please share.